A blockbuster disaster film ‘2012’ due for global release on 13th November states that on 21st December 2012, the world will come to an end. The film, many books and fevered speculation on the internet quote the end of the five-thousand year cycle of the Mayan Long Count calendar, ending on this date as prophesying a global catastrophe.

But leaders of the Mayan people of Central America, whose ancestors devised the intricate calendar, disagree.

They say that whilst marking the end of an era, it is our materialistic world-view and lifestyles rather than the material world itself that may be transformed. 2012 is for them as for myself and many other spiritual teachers around the world the opportunity for a collective breakthrough and the new beginning of a more harmonious, sustainable and peaceful world.

As an alternative voice to the many millions of dollars being spent to spread the message of Roland Emmerich’s film, I have recorded a series of eight short videoed messages with the theme 2012 — A New Beginning. 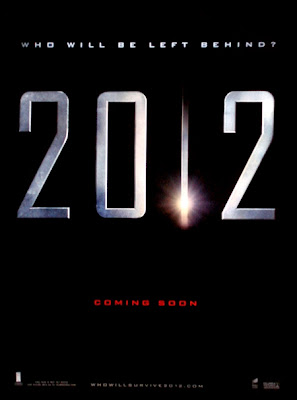 This series of eight short videos share the positive message of 2012 and how our choices here and now can transform the possibility of a global breakdown into the promise and reality of a collective breakthrough.

The Mayans say the choice is ours to make.

All eight videos are on www.youtube.com through the following links:

Part 1: According to Mayan leader Don Alejandro, the world will not end in 2012.

Part 3: 2012 offers us the opportunity for us to come together as a global community.

Part 4: As we journey towards 2012 a Shift of awareness is accelerating.

Part 6: Each of us can make a difference — none of us is too ‘small’ to matter.

Part 7: As the Shift gathers pace, we can move from ‘me’ to ‘we’ to co-create heart-centered solutions to our current issues.

Part 8: 2012 can be a new beginning when the love of power transforms into the power of love.

by Dr. Jude Currivan
Dr Jude Currivan PhD is a sensitive, scientist, healer and cosmic geomancer, who has directly experienced multidimensional realities and guidance from an early age. She holds a PhD in Archaeology, researching ancient cosmologies and a Masters Degree in Physics, studying quantum physics and cosmology. Jude is the author THE WAVE, THE 8TH CHAKRA, THE 13TH STEP, and co-author with Dr. Ervin Laszlo of COSMOS (A Co-creator’s Guide To The Whole World), published by Hay House.