If the idea of reincarnation, or past life experience, has gained any credibility in recent years, it is due in large part to the efforts of Ian Stevenson. Many hypnotherapists, psychologists, counselors and psychiatrists have patients who come up with a past-life experience, some whether they were looking for it or not, and many have reported remarkable transformations in healing when these experiences are dealt with seriously. Dr. Stevenson based his life’s work on the belief that these phenomena are a valid and important part of the human psyche and as such, should not be ignored. Professional therapists and councilors of all stripes owe a huge debt to him for his exhaustive research, his contributions to the academic literature and his founding of websites, research departments and other forums for the dissemination and support of this work.

Stevenson was somewhat of a maverick from the beginning of his career when he did some of the earliest research in psychosomatic illnesses, and in LSD testing. He quickly turned his back on traditional psychiatry, feeling that it was inadequate to explain many of the cases he was encountering. Influenced by his own prolonged illnesses as a child, his mother’s beliefs in theosophy, and his exposure to her books, Stevenson switched gears in the 1960s and began to investigate cases of reincarnation.

Dr. Stevenson was convinced that reincarnation was as much a possible influence as genes or the environment on a variety of phenomena such as memory, birthmarks or deformities, internal illnesses, asthma, bronchitis, behavioral problems, and more. While he is best known for his early work documenting cases in India and Sri Lanka, he spent over 45 years traveling the globe and investigating reported cases in Europe, Alaska, South America, and Africa. He published several volumes of these cases and hundreds of journal articles over the course of his career.

Dr. Stevenson was always careful to say that his research involved cases suggestive of reincarnation, making no claim to understand the method or what exactly was going on. He felt it was important though, that these reported cases be treated seriously, and he struggled throughout his life to maintain meticulous research standards that would garner serious attention by the psychiatric and academic communities. Unfortunately, this rarely happened — most of the mainstream doctors and academics dismissed his efforts as unscientific or misguided ïÂ¿Â½ a fact that caused Dr. Stevenson some bitterness. 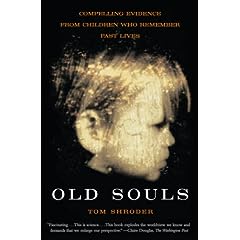 Stevenson wrote in a very dry, terse style, loaded with statistics and even within the literature for the community of therapists that treat past-life issues, Stevenson’s work is often cited and seldom read. Perhaps to counteract this and to achieve more public attention, he agreed in 1997 to let Tom Shroder, a Washington Post journalist, observe and follow him on his trips. The results of those research trips is documented in “Old Souls: The Scientific Evidence for Past-Lives” by Tom Shroder, — a highly readable book that did in fact gain a wide readership and more attention for Dr. Stevenson.

Stevenson’s early volumes of case-files suggestive of reincarnation are filled with the memories of young children who recall other lives in some detail – the village they used to live in, their names, their relatives names and details about family events, and sometimes how they died or who killed them. In later years, Stevenson wrote more about other varieties of purported past-life phenomena, such as xenoglossy (the ability to speak a language that you never learned) and the incidence of birthmarks, deformities and internal diseases that he felt could be traced back to a probable past life.

While he may have been occasionally bitter about the dismissal of his work, mostly Dr. Stevenson kept his sense of humor and refused to compare himself to other scientists who have been mocked or ridiculed in the past. In a world where anything that implies the continuation of a “soul” or consciousness beyond death, smacks of religiosity or delusion, StevensonïÂ¿Â½s research was largely ignored.

To his credit, he also refused to give into the sensationalism of the phenomena he was researching, however fascinating and eyebrow-raising it seemed. His biggest concern was that his cases be well documented, that all other possible causes be eliminated, and that the scientific community should begin to incorporate these phenomena as a valid part of the human psyche. Stevenson believed that ultimately science would catch up, as it always does – and when that time comes, it is to be hoped that Ian Stevenson will receive full honors for over 50 years of successful, groundbreaking work.

Old Souls: The Scientific Evidence for Past Lives by Tom Shroder

Stevenson published only for the academic and scientific community, and his over 200 articles and several books. His research, over 3,000 study cases, provides evidence suggestive of reincarnation, though he himself was always careful to refer to them as “cases suggestive of reincarnation” or “cases of the reincarnation type.” Professor Stevenson retired in 2002, leaving his work to successors led by Dr. Bruce Greyson. Dr. Jim Tucker, a child psychiatrist, is continuing Ian Stevenson’s work with children, focusing on North American cases. ( http://en.wikipedia.org/wiki/Ian_Stevenson )

More information on Dr. Ian Stevenson can be found at wikipedia.com and at The University of Virginia’s website

by Cheryl Shainmark
Stevenson was the founder of scientific research into reincarnation and was best known for collecting and meticulously researching cases of children who seem to recall past lives without the need for hypnosis.In 1967, Stevenson was appointed as Director of the Division of Personality Studies (later renamed Division of Perceptual Studies) (DOPS) and, for a period was also Head of the Department of Psychiatry at the University of Virginia. Stevenson went on to conduct additional field research about reincarnation in Africa, Alaska, British Columbia, Burma, South America, Lebanon, Turkey, and many other places. (Continued below)