” With more than 6,000 boats and almost 35,000 people already deployed in the Gulf of Mexico, an army of celebrity reinforcements last night hurled themselves at the rescue mission surrounding the Deepwater Horizon oil spill. 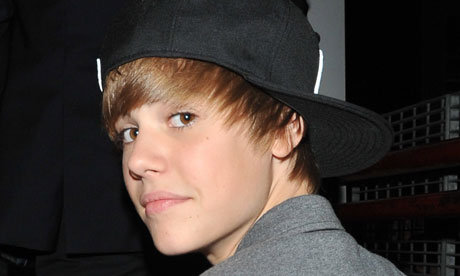 Household names ranging from elder statesmen of film and pop — Robert Redford and Sting — to teenage heartthrob Justin Bieber sprinkled their stardust over an otherwise relentlessly grim unfolding of the environmental tragedy in the gulf. They appeared in a two-hour telethon on the CNN show Larry King Live. King said the aim was to raise money and awareness for the Gulf coast people and wildlife worst hit by the disaster. “For those who have lost their livelihoods, for those who can’t wait but need help right now.”

Among those who answered his call to arms were Cameron Diaz , who has previously volunteered on behalf of military veterans and fellow actor Alyssa Milano; the property tycoon Donald Trump’s wife and daughter Melania and Ivanka; American Idol figureheads Ryan Seacrest and Randy Jackson; and musicians Lenny Kravitz, Tim McGraw and Pete Wentz.

Underlining the multi-generational line-up, they ranged in ages from Redford, 73, and Ted Danson, the former Cheers star, 62, to Bieber, who at 16 is a pop and Twitter sensation.

There will also be a social networking channel for donations, hosted by Seacrest, and dubbed the Social Suite. It will use Facebook and Twitter as fundraising tools under the Twitter hash-tag Â£CNNHelpGulf.

The involvement of American celebrities in disaster relief via telethon is a well-worn pattern. America: A Tribute to Heroes, held in the wake of the 9/11 attacks on New York and Washington, attracted 60 million viewers and raised $150m (Â£101m) for victims’ families.

This was the second celebrity fund-raiser dedicated to helping the people of the gulf region in the wake of disaster, whether natural or, as in this case, man-made.

In 2005 Shelter for the Storm, broadcast across 29 channels, raised $30m for recovery efforts after Hurricane Katrina .

That was topped by George Clooney ‘s Hope for Haiti Now, which reached $66m for the earthquake-stricken people of Port-au-Prince.

While celebrities taking part in disaster Telethons can easily be criticised for being as motivated by desire for public exposure and ratings as by concern for the cause in hand, that cannot be said of some of last night’s headliners who have already demonstrated their commitment to the Gulf. Robert Redford has produced his own video on YouTube in which he expresses his disgust over the oil spill, and laments the “collusion” between Washington politicians and the oil companies who fund them.

“It’s time to cut that out, because we’re the ones who pay for it. We pay the cost, not them.” He adds: “When I hear some of the energy companies advertising themselves as conservation, when I hear Chevron saying we are in the ‘human energy’ business, I want to throw up.”

As the Telethon form has developed in sophistication, so has its ability to put the money raised to good use. Clooney boasted that within a month of the fundraiser, some $35m, more than half of the total, was paid out to the beneficiary groups including Oxfam America and the American Red Cross.

Proceeds from the event will go to three organisations: United Way, a coalition of charities, to help Gulf coast families with emergency and long-term aid; the National Wildlife Federation, which is cleaning birds and protecting breeding grounds, and the Nature Conservancy, for the recovery of sensitive ecosystems such as salt marshes and oyster reefs.”

To view the original article at guardian.co.uk, please click here.

* Where to donate to the cause Kevin Costner May Hold Key To Oil Spill Cleanup by Louis Sahagun, Los Angeles Times

An Ecological Disaster: Polluting the Waters of Life by Llewellyn Vaughan-Lee

More from Environmental Awareness on MerlianNews.com

by Ed Pilkington, The Guardian
Ed Pilkington is the Guardian's New York correspondent. He is a former national and foreign editor of the paper, and author of Beyond the Mother Country.