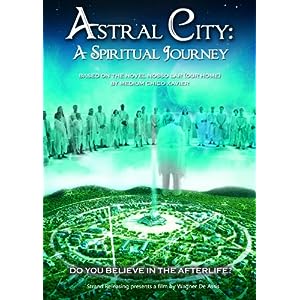 “Based on the best selling book by medium Chico Xavier, the film tells the story of Andre Luiz, a successful doctor who experiences an enlightening spiritual awakening after his death. When he wakes up in the spiritual world, he embarks on a new journey of self-discovery and transformation, from his first days in a dimension of pain and suffering, until when he is rescued and taken to the spiritual Astral City. With magnificent art direction and special effects that have never been seen before in a Brazilian production, and featuring an amazing score by composer Philip Glass, the film brings to the screen what life is like at the Astral City that hovers in the upper layers of the Earth’s atmosphere.” Amazon.com

For more information about the film you can visit wikipedia.

Who is Chico Xavier?

“Chico Xavier (1910 – 2002) was a Brazilian medium in Brazil’s spiritism movement who wrote 413 books, ostensibly using a process known as “psychography”.

He is the author of Astral City (Nosso Lar in Portuguese), the book.

Xavier was born in the city of Pedro Leopoldo, State of Minas Gerais and is popularly known as “Chico Xavier” (Chico is the Portuguese nickname for Francisco). Heavily influenced by works of Allan Kardec, Xavier professed that his hand was guided by spirits. Xavier called his spiritual guide Emmanuel, who according to Xavier, lived in ancient Rome as Senator Publius Lentulus, was reincarnated in Spain as Father Damian, and later as a professor at the Sorbonne.

Xavier’s work produced religious teachings, novels, and works of philosophy. His books sold an estimated 50 million copies, the profits of which were all channelled into charity work. In 1981 and 1982, he was nominated for the Nobel peace prize.

Xavier believed he was only a channel for the work of the spirits; that he was not able to produce any miracle, such as healing people, and he could not contact someone that was dead, unless that person was willing to be contacted. His appearances on TV talk shows in the late 1960s and early 1970s helped to establish Kardecist Spiritism as one of the religions professed in Brazil. Xavier’s popularity remained unchanged in Brazil throughout his life. Despite health problems he kept working up to his death, on June 30, 2002 in Uberaba. In 2010, a movie biography entitled Chico Xavier was released in Brazil. Directed by Daniel Filho, the film dramatized Xavier’s life.” Wikipedia.org 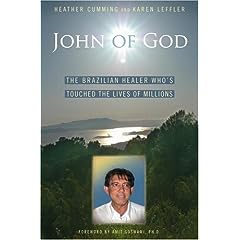 John of God: The Story of a Modern Pilgrimage

by Reviewer
"Nosso Lar (Our Home aka The Astral City) is a 2010 Brazilian drama film directed by Wagner de Assis, based on the book of the same name by Francisco CÃ¢ndido Xavier. It is distributed by 20th Century Fox and features a soundtrack composed by Philip Glass. Nosso Lar is rich in special effects. The majority of the movie takes place in this spiritual city, which is famous in the Spiritist movement.For photography and special effects, international professionals were invited, including director of photography Ueli Steiger (from 10,000 BC and The Day After Tomorrow) and special effects supervisor Lev Kolobov, the Canadian firm Intelligent Creatures (The Hunt, Babel, and Watchmen)." Wikipedia