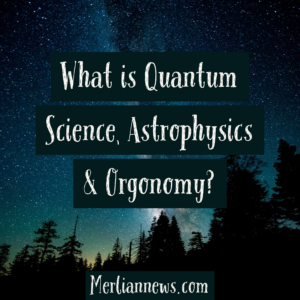 Apollo 14 Astronaut Edgar Mitchell, Walter Schemp (one of the key creators of fMRI technology) and others are describing a process in nature they call the quantum hologram (QH) which has opened a new field of science, “quantum holography.”  In their description, all animate and inanimate objects in nature are emitting radiation as groups of photons–which they call quantum holograms—that contain information about the life history of the objects emitting them.  You can find the details of this work at the website of the Dr. Edgar Mitchell Foundation for Research into Extraterrestrial and Extraordinary Encounters, www.experiencer.org.

These photons are emitted in groupings that identify their source more accurately than our fingerprints identify each of us.  The QHs are emitted by living and nonliving matter and travel at different frequencies beyond our planet in the energy continuum that is “outer space.”  If the consciousness of a human being, or an as-yet-to-be-created device, could get in resonance with these frequencies, the information contained in the QH emissions could then be de-coded and interpreted.

We see this type of activity in our world today.  Some suggest that the QH is involved in extraordinary knowings that we now call psychic.  And we all have experienced invisible frequencies encoded with information being de-coded by devices in the form of TV, radio, cell phones, I-Pads, computers etc. 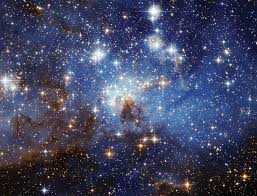 Emeritus Harvard-Smithsonian astrophysicist Dr. Rudy Schild believes that he and his colleagues have found a physical structure in our galaxy (and most likely in every galaxy) that acts as a “memory membrane of nature’s mind.”  (You will find an article on the FREE website called Nature’s Mind: The Quantum Hologram.  Dr. Schild posits that all the QH emissions of all things in existence in our galaxy are traveling as frequencies through the energy continuum of space toward a gigantic MECO object (formerly known as a black hole) at the center of the Milky Way galaxy.  (MECO stands for Magnetic Eternally Collapsing Object.)

Dr. Schild further states that these QH emissions, with information about everything in existence, never leave our spacetime.  They remain in a field of high quantum electro-dynamic chaos around the MECO object—for all time.  This means that the information in the QH emissions is theoretically retrievable via the process of quantum nonlocality as described by Edgar Mitchell.

Are you still with me?

These pioneering scientific investigations may be connected with our Mindshift Life Energy studies in an important manner.  Wilhelm Reich concluded that electricity, magnetism, electromagnetism and gravity were all functions of a primordial cosmic energy.  At the end of his life in 1957, Reich was seeing signs of awareness and self-awareness associated with the Life Energy he studied.  Let’s look at where these two fields of investigation may intersect.

For the moment, let’s assume that the QH formulation is correct and that groupings of electromagnetic photons are encoded with information.  What is the source of this encoding of information?  How does it occur?

Let’s perform a “thought experiment” and postulate the existence of a primordial cosmic energy that is somehow aware and self-aware.  Now let’s link this phenomenon with the QH formulation.  In doing this, we can see that the QH is an electromagnetic function of the primordial cosmic energy.  And we can further see that if the cosmic energy has awareness and/or self-awareness, it could be the intelligent source of the information, and the encoding of that information, in the QH emissions.

Continuing the “thought experiment,” we now include Dr. Schild’s discovery of a physical structure in the galaxy that acts like a “memory membrane of nature’s mind.”  This structure is where all the QH emissions remain for all time and where the information they contain is theoretically retrievable.  This physical structure would be a key part of how the aware and self-aware cosmic energy in the cosmos de-codes and interprets the information it receives from all of inanimate and animate nature.

By connecting the Cosmic Life Energy phenomenon with Edgar Mitchell’s QH and with Rudy Schild’s MECO, new vistas of exploration open up through bringing together quantum physics, astrophysics and orgonomy.

Mr. Mannion has been a professional health and medical writer for over 35 years, working with major conventional and complementary health organizations and practitioners. He was formerly the Director of Professional Education Publications for the American Cancer Society and the Managing Editor of the Society’s flagship journal. He is the author of a number of works of nonfiction, among them A Maverick’s Odyssey: One Doctor’s Quest to Conquer Disease – The Story of Stephen L. DeFelice, M.D. and the Foundation for Innovation in Medicine; The New American Medicine; Frankenstein Foods; The Pharmacist’s Guide to Over-the-Counter and Natural Remedies; How to Help Your Teenager Stop Smoking; and Project Mindshift: The Reeducation of the American Public Concerning Extraterrestrial Life. He is also the author of three novels, Death Cloud; Colleen; and Erin’s Daughters.

Patricia B. Corbett and Michael Mannion are the co-founders of The Mindshift Institute which has produced over two dozen events in New York City and at the invitation of organizations such as the Center for Psychology & Social Change in Cambridge, MA; Friends of the Institute of Noetic Sciences in New York, and member groups of the Institute of Noetic Sciences in California and Connecticut. For four years, they ran the Center for New Knowledge in Northampton, MA.  And for 10 years (2003-2012), they produced an annual Mindshift conference in Rangeley, ME called Cosmos and Consciousness.  For more information, visit their website at www.mindshiftinstitute.org

The Story of Gaia by Jude Currivan, Ph.D.

Gaia is a quiet powerhouse of research and consciousness. Jude Currivan’s premise, that the earth is a sentient, evolving being that has been supporting and participating in our own human evolution for thousands of years, is luminous in scope and hopeful in its message for navigating these changeable times.

Cosmos and Consciousness 2022 – The Next Step

Our human world is in crisis. Increasing numbers of people are beginning to comprehend the perils we face. We are creating a new program of action that we think can be of help: THE NEXT STEP: A Unitary Approach to the Planetary Emergency Personal, Societal, Ecological. The conference on this subject will take place on Saturday November 12th at the New York Academy of Medicine at 5th Avenue and 103rd Street in Manhattan

A Few Thoughts About Thinking

I recently finished reading “Anathem” by Neal Stephenson, for the second time, (not something I usually do) and I was struck by an offhand observation that the young main character makes about another man who may be hundreds of years old. At one point, the old man is chanting and holds the same note for hours, (clearly some kind of re-breathing technique), and the young man ponders what it’s like to have such a different notion of time that you would want to chant the same note for hours. Then he has the insight that a mind that has done that probably has very different thoughts from a mind that hasn’t.

The Path to Higher Consciousness by Mary O’Malley

From www.consciouslifestylemag.com, Mary O’Malley writes, “The healing you long for doesn’t come from changing anything. It comes from the ability to see and be with what is, for who you are is awareness. You are the space that your storyteller is happening in. As awareness, you can see the spells (limiting beliefs), feelings and sensations that pass through you all day long rather than being lost in the stories they generate….”

Check Out Conscious.tv – An Incredible Resource

One of the best aspects of my work here at Merlian News is introducing people to the news, food, products, cutting edge science, and leading minds that can help improve our lives and enhance our spiritual growth…. This month I think I’ve found something for everybody in www.conscious.tv

In our “Abundant Life Meditation”, we encourage people to use two affirmative mantras that allow us to daily connect with the source of our inner “Abundant Life”, which is our Higher Self, which can access all our developmental potential in free choice, embrace it with love and manifest it through visualisation and actions, creating new life circumstances. And with these affirmations we also deeply connect during this meditation with the other source of creation, the source of creation of cosmos, nature, and humanity. It’s also the creative universal spirit of nature and human destiny, to which we connect in our meditation.

Dr. Dean Radin served as a scientist on a highly classified program investigating psi phenomena for the U.S. government. His book The Conscious Universe won the 1997 Book Award from The Scientific and Medical Network, and it has been translated into eight languages. The majority of Dr. Radin’s professional career has focused on experimentally probing the far reaches of human consciousness, primarily intuition, gut feelings and psi phenomena. Dr. Radin has also appeared in the movie What The Bleep Do We Know?!- Down The Rabbit Hole

ACISTE: American Center for the Integration of Spiritually Transformative Experiences

If you’re one of the thousands of people who have experienced the unexplainable – a near death experience, an out of body moment, a vision, or other extraordinary phenomena that has changed your life – then you know that it can be difficult to share that experience with others, or even fully understand it your self. Fortunately, there are resources now that can help. One of the best is ACISTE, the American Center for the Integration of Spiritually Transformative Experiences.

Remembering We Are One World by Stephen Thomson

At the end of a period of meditation, I slowly opened my eyes and saw my friend Everett, who had passed away three years earlier, standing in front of me.  Everett seemed so present – so alive – in that moment, and his vital presence remained as I came into full consciousness. Realizing what I was seeing, I was overcome by a whole range of emotions, the most intense of these being feelings of love and joy at being once again in the presence of my beloved friend.