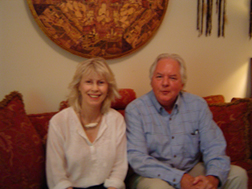 Robert Moss, is a lifelong dream explorer who survived three near-death experiences in childhood. He is the creator of Active Dreaming, an original synthesis of dreamwork and shamanic techniques for empowerment and healing. He is a former university professor of ancient history at the Australian National University, also a bestselling novelist, shamanic counselor, and the author of five books on dreaming, his most recent title The Secret History of Dreaming, published by New World Library.

In this interview, Robert Moss discusses with Merryn Jose:

The one thing people should know about the role dreams have played in history “Dream archeology” and what skills and resources are required to practice it The most important thing about Robert’s new book, The Secret History of Dreaming The dreams of the Founding Fathers Harriet Tubman’s dreams and visions Freud, tragically, may have missed an early dream diagnosis of the mouth cancer that killed him many years later How young Sam Clemens could not find Brazil and instead became Mark Twain >

by Merlian News
Robert Moss leads innovative programs all over the world and is actively engaged in research projects that include the applications of conscious dreaming techniques to healing and care for the dying; creative innovation and conflict resolutions; dream education in schools; and future science. His many publications include Conscious Dreaming: A Spiritual Path for Everyday Life (Crown), Dreamgates: An Explorer's Guide to the Worlds of Soul, Imagination and Life Beyond Death(Three Rivers Press), Dreaming True, the novels The Firekeeper and The Interpreter, the popular audio series Dream Gates: A Journey into Active Dreaming (Sounds True), The Dreamers Book of the Dead, The Three “Only” Things — tapping the power of Dreams, Coincidence & Imagination and The Secret History of Dreaming.