Millet is one of the oldest foods known to humans and possibly the first cereal grain to be used for domestic purposes. It is mentioned in the Bible, and was used during those times to make bread. Millet has been used in Africa and India as a staple food for thousands of years and it was grown as early as 2700 BC in China where it was the prevalent grain before rice became the dominant staple. It is documented that the plant was also grown by the lake dwellers of Switzerland during the Stone Age.

Today millet ranks as the sixth most important grain in the world, sustains 1/3 of the world’s population and is a significant part of the diet in northern China, Japan, Manchuria and various areas of the former Soviet Union, Africa, India, and Egypt.

Millet is a major crop in many of these countries, particularly Africa and the Indian subcontinent where the crop covers almost 100 million acres, and thrives in the hot dry climates that are not conducive to growing other grains such as wheat and rice.

The Hunzas, who live in a remote area of the Himalayan foothills and are known for their excellent health and longevity also enjoy millet as a staple in their diet.

Millet is used in various cultures in many diverse ways: The Hunza’s use millet as a cereal, in soups, and for making a dense, whole grain bread called chapatti.

In India flat thin cakes called roti are often made from millet flour and used as the basis for meals.

In Eastern Europe millet is used in porridge and kasha, or is fermented into a beverage and in Africa it is used to make bread, as baby food, and as uji, a thin gruel used as breakfast porridge. It is also used as a stuffing ingredient for cabbage rolls in some countries.

Millet was introduced to the U.S. in 1875, was grown and consumed by the early colonists like corn, then fell into obscurity. At the present time the grain is widely known in the U.S. and other Western countries mainly as bird and cattle feed. Only in recent years has it begun to make a comeback and is now becoming a more commonly consumed grain in the Western part of the world.

The plant is now grown in the U.S. on 200,000 acres in Colorado, North Dakota, and Nebraska, but much of the crop is still used for livestock, poultry, and bird feed. It is remarkable that despite the grain being an ancient food, research on millet and its food value is in its infancy and its potential vastly untapped.

Millet is related to sorghum, which is used to make the thick dark sweetener, sorghum syrup. Discrepancies exist concerning exactly what family millet actually belongs to, with some references giving the family name as Gramineae, and others claiming it is in the family Poaceae. There are many varieties of millet, but the four major types are Pearl, which comprises 40% of the world production, Foxtail, Proso, and Finger Millet. Pearl Millet produces the largest seeds and is the variety most commonly used for human consumption.

Millet is a tall erect annual grass with an appearance strikingly similar to maize. The plants will vary somewhat in appearance and size, depending on variety, and can grow anywhere from one to 15 feet tall. Generally the plants have coarse stems, growing in dense clumps and the leaves are grass-like, numerous and slender, measuring about an inch wide and up to more than 6 feet long.

The seeds are enclosed in colored hulls, with color depending on variety, and the seed heads themselves are held above the grassy plant on a spike like panicle 6 to 14 inches long and are extremely attractive. Because of a remarkably hard, indigestible hull, this grain must be hulled before it can be used for human consumption. Hulling does not affect the nutrient value, as the germ stays intact through this process.

Once out of the hull, millet grains look like tiny yellow spheres with a dot on one side where it was attached to the stem. This gives the seeds an appearance similar to tiny, pale yellow beads. Millet is unique due to its short growing season. It can develop from a planted seed to a mature, ready to harvest plant in as little as 65 days. This is an important consideration for areas where food is needed for many.

Millet grows well on poorly fertilized and dry soils and fits well in hot climates with short rainfall periods and cool climates with brief warm summers. The plants need good drainage, have a low moisture requirement and do not do well in waterlogged soils.

Millet is highly nutritious, non-glutinous and like buckwheat and quinoa, is not an acid forming food so is soothing and easy to digest. In fact, it is considered to be one of the least allergenic and most digestible grains available and it is a warming grain so will help to heat the body in cold or rainy seasons and climates.

Millet is tasty, with a mildly sweet, nut-like flavor and contains a myriad of beneficial nutrients. It is nearly 15% protein, contains high amounts of fiber, B-complex vitamins including niacin, thiamin, and riboflavin, the essential amino acid methionine, lecithin, and some vitamin E. It is particularly high in the minerals iron, magnesium, phosphorous, and potassium.

The seeds are also rich in phytochemicals, including Phytic acid, which is believed to lower cholesterol, and Phytate, which is associated with reduced cancer risk. 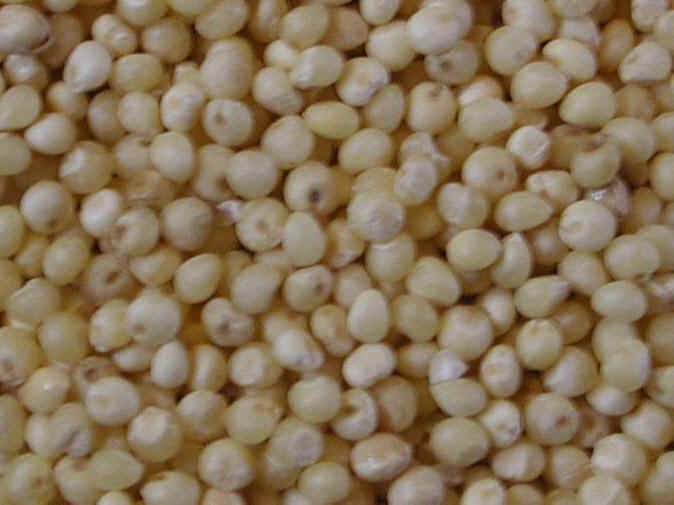 Millet has an interesting characteristic in that the hulls and seeds contain small amounts of goiterogenic substances that limit uptake of iodine to the thyroid. In large amounts these “thyroid function inhibitors” can cause goiter and some researchers feel this may explain, at least in part, the perplexing correlation between millet consumption and goiter incidence in some of the developing countries where millet constitutes a significant part of the diet. In many of these countries another contributing factor may be a lack of sufficient dietary iodine.

Obviously these substances are diminished during the hulling process but there is definitely controversy concerning the idea that the process of cooking largely destroys those that are left in the seed itself. Some researchers including Dr. Jeffrey Bland believe that cooking greatly diminishes these substances; others claim that it doesn’t and that in fact if millet is cooked and stored in the refrigerator for a week, a practice common in many cultures, these substances will actually increase as much as six fold.

All of these foods are nutritionally valuable as is millet and this is generally not cause for alarm. A healthy, whole foods based diet containing an abundant variety of foods will ensure that an excess of these goiterogenic compounds is not consumed. It is important to note that Jeanne Wallace, PhD, CNC, states that for those with hypothyroidism a significant guideline would be to consume three servings a day or less of the foods containing goiterogenic compounds.

There are many cooking variations to be found for millet. A good general guideline is to use 3 parts water or stock and 1 part grain, add grain to boiling water, and simmer covered for approximately 30 minutes or until water is completely absorbed. Remove from heat and let steam, covered for ten minutes more.

The grain has a fluffier texture when less water is used and is very moist and dense when cooked with extra water.

The flavor of millet is enhanced by lightly roasting the grains in a dry pan before cooking; stir constantly for approximately three minutes or until a mild, nutty aroma is detected.

If millet is presoaked the cooking time is shortened by 5 to 10 minutes. 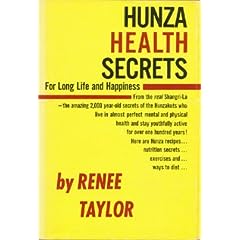 An intriguing suggestion for cooking millet is found in the book Hunza Health Secrets: Soak the grain overnight, heat water or other liquid in top of a double boiler, add millet and steam over boiling water for thirty minutes or until the millet is tender.

Individual preferences can be addressed by experimenting with cooking times, methods, and liquid amounts.

Millet is delicious as a cooked cereal and in casseroles, breads, soups, stews, soufflés, pilaf, and stuffing. It can be used as a side dish or served under sautéed vegetables or with beans and can be popped like corn for use as a snack or breakfast cereal. The grain mixes well with any seasoning or herbs that are commonly used in rice dishes and for interesting taste and texture variations it may be combined with quinoa and brown or basmati rice.

Millet may also be sprouted for use in salads and sandwiches.

Millet flour produces light, dry, delicate baked goods and a crust that is thin and buttery smooth. For yeast breads up to 30% millet flour may utilized, but it must be combined with glutinous flours to enable the bread to rise. For a delightful “crunch” in baked goods, the millet seeds may be added whole and raw before baking.

Properly stored, whole millet can be kept safely for up to two years. The grain should be stored in tightly closed containers, preferably glass, in a cool dry place with a temperature of less than 70Â° or in the refrigerator. The flour deteriorates and becomes rancid very rapidly after it is ground, so it is best to grind the flour right before it is to be used.

As we have seen, millet is a highly nutritious, healthful and versatile grain that would be a worthy addition to anyone’s diet.

Cook the millet in 3 cups of water until water is absorbed, about 30 minutes. Fluff with fork and allow to cool.

Peel several strips from the cucumber (it should look striped) and cut it lengthwise into four pieces. Remove the seeds and cut into 1/2-inch slices. Add the cucumber to the salad.

Mix all dressing ingredients until well blended and pour over the salad, tossing to blend. (Experiment with the seasonings to suit taste.) Cover and refrigerate until the salad is well chilled. Serve on lettuce leaves or stuff into pita bread.

alternative grainsmilletwheat substitutes
by Karen Railey
Research results so far are promising, showing the grain to have great aptitude and versatility and more and more uses for millet are being discovered every year, including its potential benefits in the American diet. Millet is superior feed for poultry, swine, fish, and livestock and, as it is being proven, for humans as well.