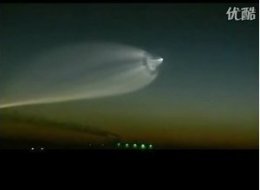 “A second China UFO sighting has residents on edge, just seven days after an unidentified flying object shut down a Chinese airport.

The new UFO sighting took place in Chongqing in eastern China on July 15. Witnesses told Shanghai Daily they saw the same thing: “four lantern-like objects forming a diamond shape that hovered over the city’s Shaping Park for over an hour.”

Like the one before it, there has been no official explanation to date for this latest incident.

Last week, flights were diverted in Hangzhou — also in eastern China — after a mysterious object was seen hovering in the sky, People’s Daily reports .

State-run Xinhua News Agency quoted a head of air traffic control as saying, “No conclusion has yet been drawn” about the UFO by the airport.

China Daily reported that a source with knowledge of the matter said there was a military link but made no further comment.

UFO sightings in China are not as common as some places, and there have been only a handful of well-publicized incidents in the last several decades.”

To watch a video of the UFO, please click here. Give it a moment to load.

by Craig Kanalley, Huffington Post
Craig Kanalley is Traffic & Trends Editor for the Huffington Post. He is the founder of "Breaking Tweets" and has profound interests in real-time news, social media, and the future of journalism. In the past, he's worked with the Chicago Tribune, Chicago Sun-Times, Associated Press, and several publications in Western New York as a native of Buffalo.