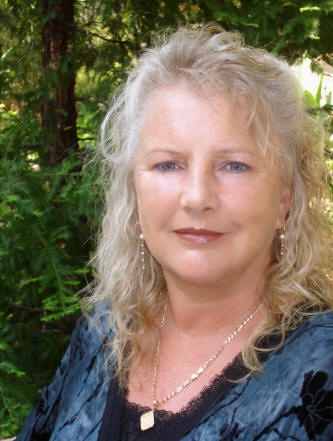 How can we define what it means to enter the dark underworld of grief? We can use words such as: pain, anguish, misery, shock and fear, but language itself cannot sufficiently articulate the complex set of emotions that are experienced during a time of great loss. How is it possible to describe a metaphorical tidal wave that throws you on to the shore of a deserted island with no compass or adequate provisions and leaves you stumbling, lost, and confused trying vainly to find your bearings? How can one give voice to the way the ice cold tentacles of sorrow wrap themselves around the heart and penetrate your deepest defenses leaving you shivering and numb? Grief is a land of shadows that speaks its own universal language — the language of suffering and mourning that embodies the enormity of loss.

For every individual, “little” deaths can be experienced in every day life. The loss of a relationship, a job, or a cherished dream can bring great distress, but none can equal the devastation of the death of a loved one. Nothing can remind us more of our impermanence in earthly existence and that we have no control over the forces of nature that govern our own unique destiny.

Less than a hundred years ago, it was impossible to escape the reality of death and loss as epidemics of childhood diseases, shorter life spans and limited medical knowledge resulted in death and dying as being a part of everyday life. Support for those in the grieving process was offered by family members and the community. Grief was acknowledged as an integral part of life and those in the mourning process openly displayed symbols of their grieving — as demonstrated in the Victorian and Edwardian eras when a black arm band or wearing “mourning” clothing for a certain period of time were a part of the rituals of grief.

In contemporary Western cultures, the disintegration of the family unit and local communities, combined with advancements in health care and a longer life span, have resulted in society adopting the concept of ignoring death, the dying and the bereaved. We tend to prolong life at all costs and view death as the ultimate failure, rather than part of the natural cycle of life. This approach leads to fear and alienation and leaves us traumatized and feeling alone when the inescapability of death that can claim those of any age or circumstance touches our lives and can also preclude our understanding of what death can teach us about living our lives in a far more meaningful way.

Grief has its own timetable and is unique to each individual. When we enter the dark abyss of grief, the world we thought we knew becomes an alien planet, and life has no meaning. Time freezes and becomes suspended in a series of flashbacks that replay past cherished memories. They are entangled with an ache so deep that it threatens to submerge you. Often feelings of guilt accompany the loss, guilt for all the things unspoken, and all the things left undone.

Even the world of dreams offers no respite for the pain that invades our psyche rarely sleeps and leaves us tossing and turning through so many dark nights of the soul. Our only companion is often fear, an uninvited guest that accompanies the floods of tears that prick their way through hollow smarting eyes.

Grief reflects not just something or someone that has been lost from the outer world, but can also mirror a similar death in the inner world of the individual, as hope and faith become victims to the ravages of some invisible force that silences the voice of God or a higher power, which surely has abandoned and deserted us.

The author, C.S. Lewis, described his own similar feelings in a diary that he wrote following the death of his beloved wife. These writings were later published in the book A Grief Observed, in which Lewis recounts his painful journey and his struggle to reconcile the death of his wife to his strong religious convictions. He commented:

No one ever told me that grief felt so like fear. I am not afraid, but the sensation is like being afraid…at other times it feels like being mildly drunk of concussed. There is a sort of invisible blanket between the world and me. What does everything matter now?

C.S. Lewis eventually emerged through the stages of grief and loss to find that his religious beliefs had become strengthened and that he had become a radically changed person through his profound experience.

Grief has a timeless quality and although the pain will lessen — the memory of a great loss becomes forever etched within our deepest being. Rather than trying to escape or ignoring the inevitability of grief touching our lives, we can become strengthened through understanding that grief, like love, ultimately has the power to transform and can offer us the chance to learn what it means to be most authentically human.

The Buddhist scriptures illustrate this teaching in the story of a woman who came from a poor family, and was looked upon with contempt by her husband’s relatives. When she gave birth to a son, their disdain changed to respect. However, a few years later, the son died, and the woman became distraught with grief. She searched everywhere for a cure that would bring her dead son back to life, but could find none. In her despair, she visited the Buddha, to see if he could help her. The Buddha told her to go back to her community and collect a mustard seed from a household where there had been no death. The woman searched for days, believing that if she could fulfill the Buddha’s request, her son would be returned to her. But she eventually returned to the Buddha empty-handed, and realized there was no cure for death; it was an irrevocable part of life that everyone had to experience.

As he lay on his deathbed, the Buddha reminded his followers of the impermanence of life, and how all things would eventually decay and perish. He encouraged people to accept death as a motivating force that provides a foundation for living life consciously and well.

Grief is often the most painful experience we can suffer in this lifetime. It is a deeply emotional struggle to become reconciled to the reality of loss. No conciliatory words or advice can make it any less agonizing. The hand of grief will change your life forever but, for those in the grieving process, perhaps some comfort may be gained from the notion that grief can enable grace to enter our lives resulting in an inner strength emerging in each of us, and can ultimately make us more fully conscious human beings.

Practicing Conscious Living and Dying: Stories of the Eternal Continuum of Consciousness by Annamaria Hemingway

Loss, Grief, and Grace: The Path to Healing By Meredith L. Young-Sowers

by Annamaria Hemingway
Annamaria Hemingway is a Ph.D. candidate and currently writing her dissertation on The Near-Death Experience: A Mythic Model for Conscious Living and Dying. She also writes articles for various magazines and her work is primarily focused on all aspects of conscious living and dying. She is also a member of the International Association for Near-Death Studies.