As the effects of global warming continue to spread across the vast expanse of Mother Earth, it has touches even the furthest, darkest corners of our environment, and tiniest of creatures can feel climate the changing, their future being threatened.

Global climate change has caused the temperature of the oceans to rise. We all know by now that enormous glaciers are rapidly melting into the sea. We also know that because of this increase in temperature, our hurricane seasons have grown dramtically more intense and dangerous. It has only been a year since Hurricane Katrina devestated the U.S., taking an estimated 1,836 lives.

The lands that were lost were also breeding grounds for marine mammals, brown pelicans, turtles, and fish, as well as migratory species such as redhead ducks. Overall, about 20% of the local marshes were permanently overrun by water as a result of the storm. 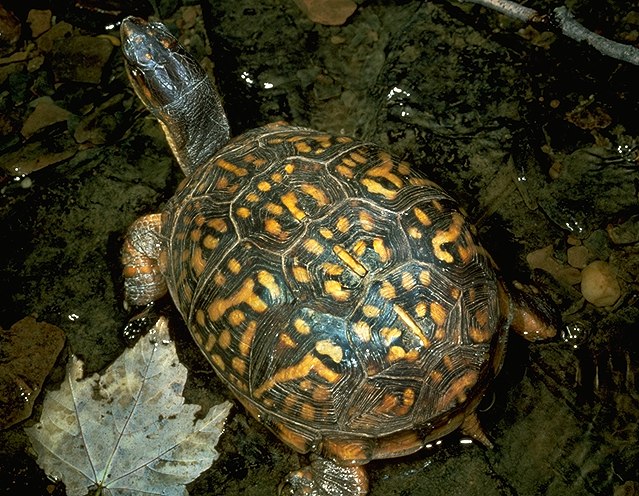 Finally, as part of the cleanup effort, the flood waters that covered New Orleans were pumped into Lake Pontchartrain, a process that took 43 days to complete. These residual waters contained a mix of raw sewage, bacteria, heavy metals, pesticides, toxic chemicals, and about 6.5 million gallons of oil, which has sparked fears in the scientific community of massive numbers of fish dying.

That’s just in the U.S. The effects of hurricanes reach as far as the Carribean and the Gulf of Mexico, battering coral reefs(which are being bleached, causing them to not recover), and rare species such as the red-cockaded woodpecker, sea turtles and the highly endangered Puerto Rican parrot. The combination of increasing human damages and the natural cycle of hurricane disturbance can devastating.

“Many Caribbean species have adapted to take advantage of the changing patchwork of habitats created by these disturbances. But this evolutionary dynamic is upset when there is no acceptable habitat for individuals driven out of one area to move into, or when there is no larger population to recolonize disturbed regions.

As well, coral reefs, though not hit as hard as they were by Hugo, were disturbed by Georges. Like other species, corals normally benefit from hurricanes, but because of poor land-use practices they are more vulnerable to sediment and rampant algal growth.

“Reefs have persisted for thousands of years and can usually regenerate after hurricanes,” said Dr. Caroline Rogers, a U.S. Geological Survey biologist. “However, reefs which are subject to a combination of natural stresses and harmful human activities may not be able to bounce back.”” ( CNN )

Not all wildlife will be harmed from increasingly destructive hurricane seasons. There are a few animals, like raccoons, blackbears, and ground birds that will more likely survive. They are scavengers and can seek shelter in the downed trees and bushes that result from hurricane force winds and rain. Orchids, a type of flower, uses strong winds to spread its seeds, so they might survive.

However, the list of animals that lose is far longer, and very saddening. Below is a list provided by the National Wildlife Federation:

Wildlife refuges – Buildings and habitat reconstruction efforts can take a beating from hurricanes. Endangered species – Any animal that is on the brink of extinction due to human causes can go over the brink when a hurricane strikes their habitat. Migrating birds – Birds are blown off course to new habitats. Sometimes younger or weaker birds are separated from their flock. Some take weeks to return assuming they can find a food source in their new habitat. Coral reefs – Rainfall washes sediment and pollutants on to coral reefs, blocking out sunlight and causing algae to grow. Squirrels – Animal rescuers get a big influx of baby squirrels tossed from their nests because squirrels are often at their most vulnerable during hurricane season. Also squirrels’ food source of nuts can be wiped out. Sea turtles – Their nests can be washed out to sea from beaches, and volunteers must scramble to save hatchlings before that happens. Fish – Electrical lines falling into water can electrocute fish. Heavy rainfall can cause sudden drops of oxygen in water. Flooding can wash sediment or larger items into streams, destroying habitat. Scrub jays – They depend on leafy trees to hide from predators and strong winds defoliate trees. Beach mice – Their dune habitats are destroyed. Deer – At first the deer can find food that has been blown down by the winds, but this rots and in some cases, there is not enough food left for later in the season. Red-cockaded woodpeckers – Since they need such specific nesting sites, the loss of any nest cavity trees can have a big impact. Mussels and oysters – Since they are immobile, they cannot move away from a hurricane and are sometimes blown to habitats where they cannot survive.

Marine mammals – While many can seek shelter in open water or in near shore shelter, some dolphins and manatees have been blown ashore.

Some may argue its natural selection, and if the hurricanes we are experiencing were natural I’d say maybe. But they are *not* natural. They are direct results of the increasing water temperatures, which are a direct result of global warming, which is a direct result of the carelessness of the human race. This destruction can be avoided in the future. These animals, which affect the same ecosystem we share, can be protected and saved.

What we experience as human beings is being experienced by a vast number of lifeforms, most of which do not have a voice. Their extinction, their loss, will echo through us to those darkest corners of Mother Earth, and we will all feel it. We rely on them as much as they rely on us to survive. Without them, we wouldn’t have much of a planet, just a barren, smokey rock orbiting the sun. We must work together against global warming. We have no other choice- lest we wish to have our entire, global future washed away with category 5 hurricane. Get out there and do something! We have the ability to turn this place around! All we have to do is try a little bit everyday! If we all get together to do the tiniest of tasks, we can make the biggest difference! So…what are you waiting for? Go!!