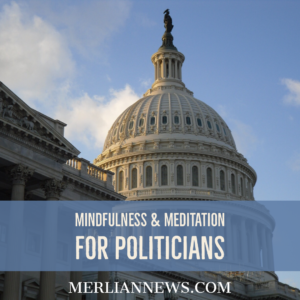 Something interesting has been going on in the British Parliament – and no, it’s not Brexit. More and more members are meditating before they meet! As reported in The Guardian, since 2013 more than 145 members have taken an eight week course in mindfulness and meditation (video). Last year government ministers from 15 countries gathered at the House of Commons in the British Parliament to explore whether mindfulness can help reset the conduct of national and international politics. The event was organized by senior Conservative and Labour MPs, who said they would discuss the potential of meditation “to help political leaders stay resilient, clear-minded and creative in the face of constant change.”

This last October a panel of expert speakers from the UK and USA gave talks on the latest research and implementation of workplace mindfulness training programs in the context of high-stress or trauma-prevalent public service. According to The Mindfulness Initiative,the benefits are real:  “From schoolchildren, to NHS staff, policemen, and members of parliament, mindfulness courses have offered significantly improved well being by reducing stress, fostering compassionate care and providing greater clarity in prioritizing the demands of life.”

More than 95 MPs and parliament staff meet regularly for mindfulness meditation courses taught within parliament, and from the sound of it, the effect these courses have been having are pretty substantial. Lord Andrew Stone, who was assigned to meet with Egypt’s military leadership earlier this year, told the audience that mindfulness meditation helped him be compassionate towards all sides of the country’s deeply troubled political factions. “I didn’t know how to cope,” he explained, “but these practices made a massive difference.” 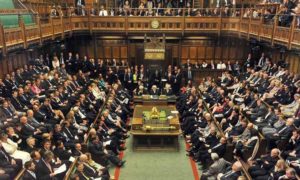 Tracy Crouch MP also talked about the extraordinary benefits mindfulness meditation has created in her life. In her speech, she spoke openly about her personal struggle with mental illness. And since she started meditating, she’s seen benefits in unexpected places, too. “I have given much better speeches in the house since I started mindfulness,” she said.

It seems to me that as more people gather together to bring peace and balance into the world through meditation, we stand a chance to make a real difference and to manifest the future we would like to pass on to our children!